The two-stroke engine is designed to run on a variety of fuels, with low fuel consumption and very low or zero emissions. It has no crank, pistons and connecting rods, not even a cooling system being air-cooled.

It has two pairs of rotors and unlike Wankel engines does not create exhaust gases, nor does it have the problems of sealing the combustion chamber of Wankel engines which due to the normal wear of metals, gradually lose their compression and efficiency.

With minimal moving parts and no vibration, as there is no reciprocating motion, friction losses are minimal compared to a piston engine, and lubricant does not enter the combustion chamber, thus reducing emissions.
An additional difference with Wankel engines is the fact that it can interrupt the combustion process when idling, downhill or where conditions do not require engine work, thus reducing fuel consumption and emissions.

It has two combustion chambers and a vestibule that separates the cold intake air from the hot exhaust gases, thus eliminating the problem of the exhaust gas coating. The engine uses four rotors mounted on two axles, operating in pairs. The front pair handles the inlet and compression of the mixture, while the rear handles the combustion and extraction.

The rotors are connected to timing gears and rotate in the opposite direction at the same speed. Astron Aerospace claims Omega 1 is the world's first active linear powertrain

The filling pressure in a conventional engine is around 1 - 1.5 bar but in Omega 1 it starts from 14 bar and can even reach 20 bar and thus produces a very high workload with the same amount of fuel. 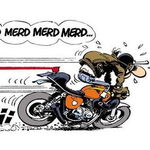