JATO Dynamics: 2016 will be record year for plug-ins with global sales in excess of 700K units; China to begin dominating the market
18 November 2015

A new white paper from JATO Dynamics, the UK-based supplier of automotive business intelligence, projects, based on its partner LMC Automotive’s forecasts, that the global market for plug-in vehicles (plug-in hybrid and battery-electric vehicles) will reach record sales in excess of 700,000 units next year thanks to strong growth in China, Europe and the US. This will be followed by strong annual growth, according to the report. Global electric passenger car sales totalled 280,000 units in 2014, representing growth of 43% compared with 2013; total global passenger car sales that year were 72 million units. The report projects annual EV sales in Europe of 500,000 units by 2019. By 2022, the Chinese market is expected to account for half of global sales—almost 1.5 million units a year. The forecast for 2025 sees more than 5.5 million electric vehicles being sold worldwide.

LMC Automotive also estimates that the biggest winners will be PHEVs, with sales jumping 195% from 2016 to 2019 before reaching 3.3 million units annually by 2025. As a result PHEVs will represent around 60% of combined global sales for PHEVs, BEVs and EREVs. Pure electric (BEV) volumes are predicted to rise from 350,000 units in 2016 to 2.2 million nine years later.

The environmental case has helped the industry to introduce EVs to consumers and give them a foothold in the market. The next step is to make electric cars a mass-market proposition.

The industry, consumers and governments must all play an important role if this goal is to be achieved. Manufacturers must continue to work to develop the technologies that will make the next generation of EVs even more attractive to consumers both in terms of price and capability. Governments and regulators must help to create the conditions that allow EVs to better compete with petrol cars. Consumers must be willing to be patient while the technology evolves and keep an open mind.

The first step has been taken - electric cars are no longer part of science fiction. But the biggest change is still to come – all stakeholders need to work towards a world where electric comes as standard.

—“From Fiction to Reality”

Porsche is under pressure to fire ambassador and former world rally champion Walter Röhrl after he slammed electric cars during a German television interview.

The 1980 and ’82 WRC champion blasted current moves towards electric cars and electrification as a “disaster” in an interview with Germany’s MotorsportMagazin.com. 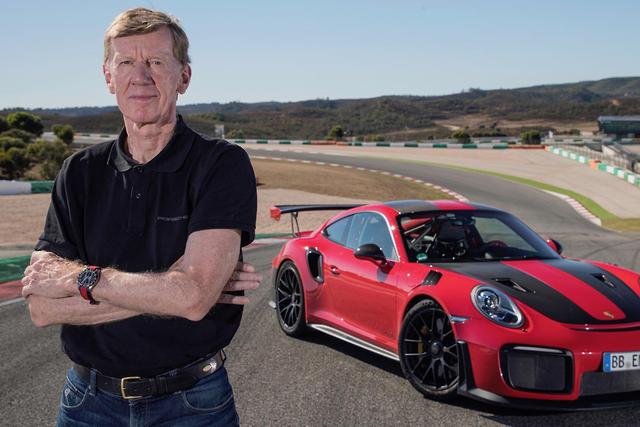