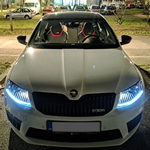 Following weeks of speculation about a U.S. organization considering F1 opportunities, insiders familiar with the situation say they negotiate with Alfa RomeoOwners are currently in a very advanced stage.

There is a suggestion that the acquisition could be approved in the coming weeks as its owner, former F1 driver Michael Andretti, is eager to add the Grand Prix team to his portfolio.

However, it is understood that the current owner of the Alfa Romeo team, Islero Investments, has not yet made a final decision after the Swedish investment firm Longbow Finance acquired the Swiss team in 2016.

If given a go-ahead, Andretti Autosport will add another series to its current activities, including IndyCar, Indy Lights, IMSA, Formula E, Supercars Championship and Extreme E.

The Alfa Romeo team refused to comment on the current situation, and team principal Fred Vasul revealed at the Turkish Grand Prix that the discussion of team ownership was not personally involved. ..

“Honestly, I can’t say anything because it’s not included in my parameters,” he said. “I’m the CEO and team principal, and this kind of discussion is with shareholders, not with me. There are so many rumors that I have to ask the shareholders of the company,” he said.

Sources suggest that Andretti has become attracted to F1 due to the transition from 2022 to the new rule era. There is more equal competition between teams and the ongoing potential for cooperation between manufacturer and customer teams.

Andretti is reportedly set to take over the Sauber organisation that runs the Alfa Romeo Formula 1 team.

During the Turkish Grand Prix weekend, it emerged that Michael Andretti’s hopes of fielding a team in F1 have taken a step closer, with reports suggesting he is closing in on a deal that would see him take a majority stake in Sauber’s controlling company worth up to 80%.

According to Racer, further talks with Sauber are set to take place during the United States Grand Prix weekend in two weeks’ time.

Other reports say that should the deal go through for 2022, Andretti Autosport’s IndyCar star Colton Herta would occupy the second drive at the team alongside Valtteri Bottas.

Up until now, Formula 2 front-runner Guanyu Zhou has been the favourite to take the vacant seat, replacing Ferrari-backed Antonio Giovinazzi.

When asked about the potential takeover in Istanbul, Alfa Romeo team principal Frederic Vasseur remained tight-lipped on the subject.

“I can say nothing because honestly it’s not in my parameter,” Vasseur said. “I’m the CEO and team principal, and these kind of discussions are not with me, it would be with the shareholders.

“We have so many rumuors and so on that, you’d have to ask the question to the shareholders of the company.”