Well hello. This is Louis CK writing to you again to let you know about new stuff coming on my website. Mostly I would like to tell you that starting tomorrow (Wednesday the 29th) at noon, (New York time) my first movie "Tomorrow Night" will be available for download and streaming for the usual five dollars. As always you can buy it from anywhere in the world with no digital restrictions.

I made this movie, meaning I wrote and directed it, back in 1998. I was a struggling comedian and TV writer at the time and I pulled together my savings and some of my fiends money to make this movie on black and white 16mm film. There are some great people in this movie. Steve Carell, JB Smoove, Wanda Sykes and Conan O'Brien are some that you might have heard of. Robert Smigel, Chuck Sklar, Rick Shapiro, Heather Morgan, Nick Diapolo, Martha Greenhouse, Greg Hahn, Carey Prusa and Joseph Dolphin, you may have heard of a little less but they are all terrific. In fact all these people are comedians and actors I had been working with and around back in the 90s and I wrote all of their parts for them specifically. To me, that's what this movie was for, to create performance opportunities for all my favorite funny people. And to photograph them with prime lenses on Black and White reversal film.

Tomorrow Night is a bizarre little indie film and it gets pretty weird. It was a labor of love for me. It's how I learned to direct and there are some wonderful performances in it. The crew included some folks that still work with me today on my FX series "Louie" including director of Photography Paul Keostner and production designer Amy Silver.

Tomorrow Night screened at the Sundance film festival as well as other festivals from Seattle to Sweden. But it never got distribution. Any black and white movie is tricky to get a market for and this one is particularly strange. But it's funny and it's well worth watching. That's what I think, anyway. It certainly isn't for everyone.

In any case, Tomorrow Night has been sitting in storage in film cans for 15 years. No one has ever seen it. There are no tapes of it or even clips of it anywhere.

This year, I decided to get it out by putting it on my website. I had an excellent digital transfer made from the negative. The sound is the original Mono mix which is fitting for the style of the film. Be prepared to sit through people dialing rotary phones, which takes a while. The pace is sometimes slow and deliberate. Sometimes crazy. But it's exactly the movie I wanted to make and I'm proud of it. I'm putting it on my website with the hopes that I can continue this way of distributing stuff. I'd also like to pay back some of the people who helped me finance the film. I'd also like people to finally see it so that the performances can be awarded with applause and laughter. I'd also like to make a profit from it so I can use the proceeds to make a new movie and release that on my website as well. Wouldn't that be something? Ok, so buy it tomorrow. and tell your friends to do it also. Or don't. It's really only partially up to me what you do with your time and money.

Also, my latest HBO standup special "Louis CK - Oh My God" is available for the same 5 dollar download. You can't get Oh My God on video anywhere else (unless you have HBO and want to watch it there) I put it up a couple of months ago and we had some website traffic issues but we have completely rebuilt the site and it's far, far stronger than before (yes that's 2 fars) so if you tried to downloaded and had trouble, please try again now.

Once again, TOMORROW NIGHT will be available tomorrow at noon (I know that sounds funny) at louisck.com for 5 dollars. You can pay with paypal, amazon payments and odwalla or whatever that other one is. I think Odwalla is the company that makes fruit smoothies.

Thank you for receiving this email. If you hated it, or you hate me, feel free to unsubscribe. Keep in mind that I am personally informed whenever anyone unsubscribes and I cry very hard every time it happens. 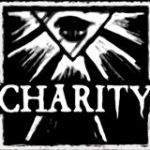