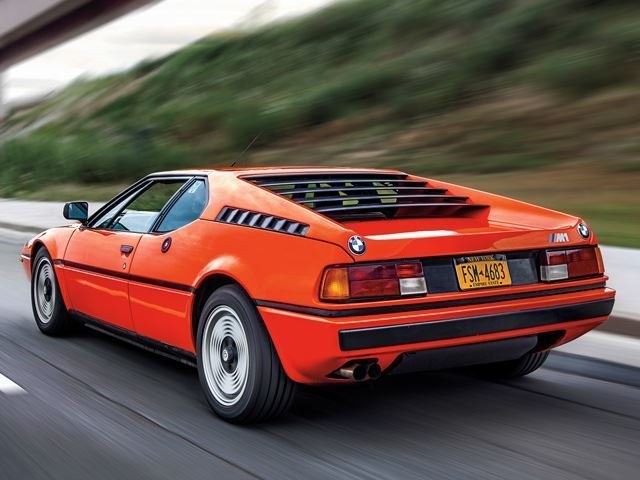 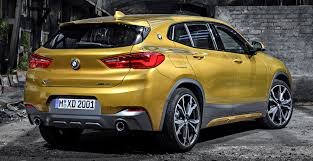 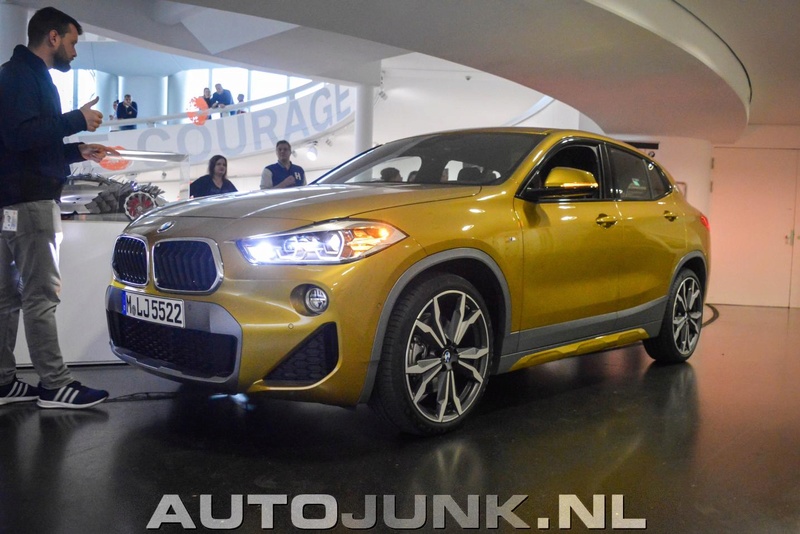 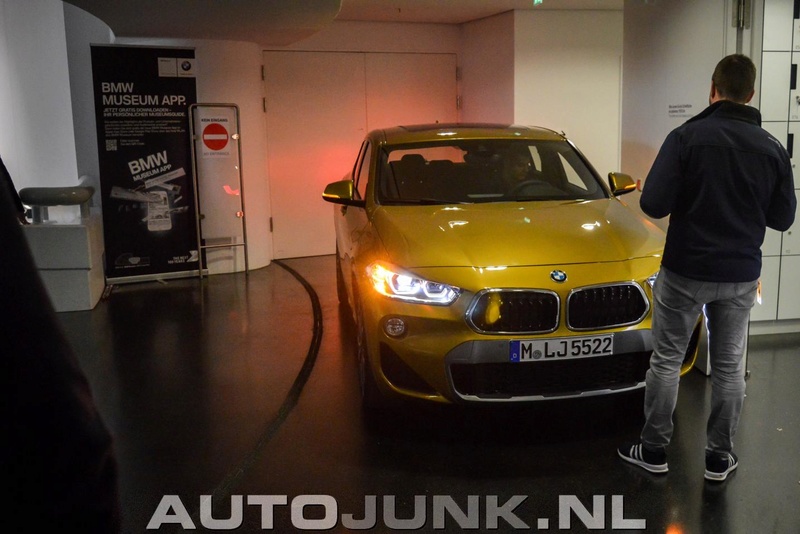 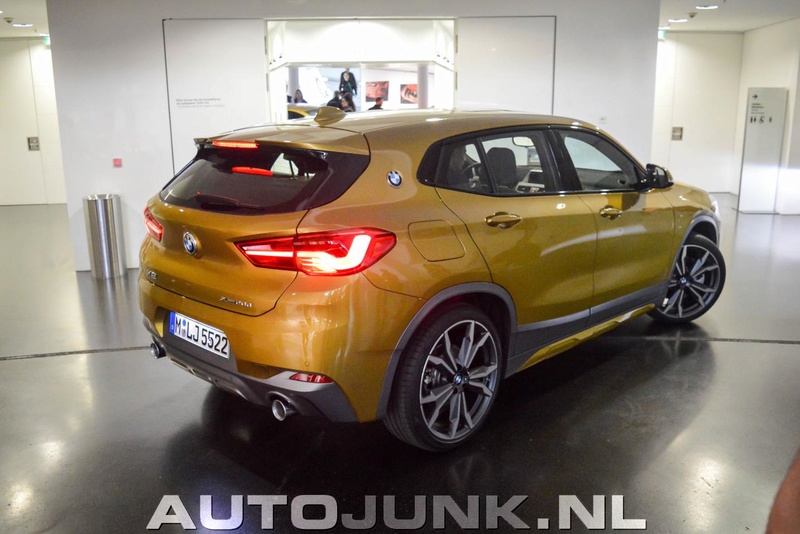 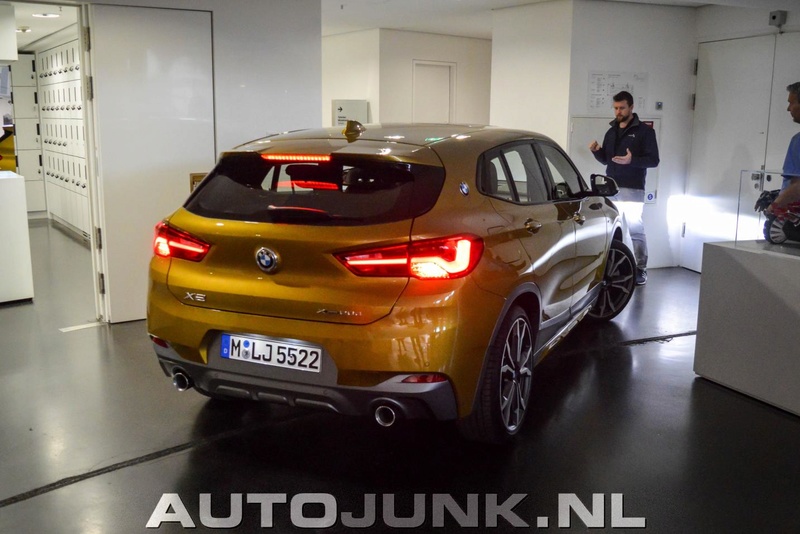 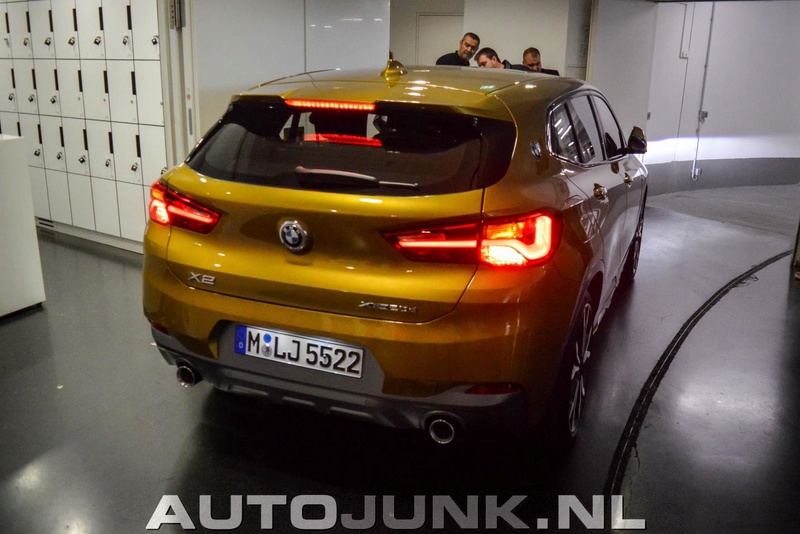 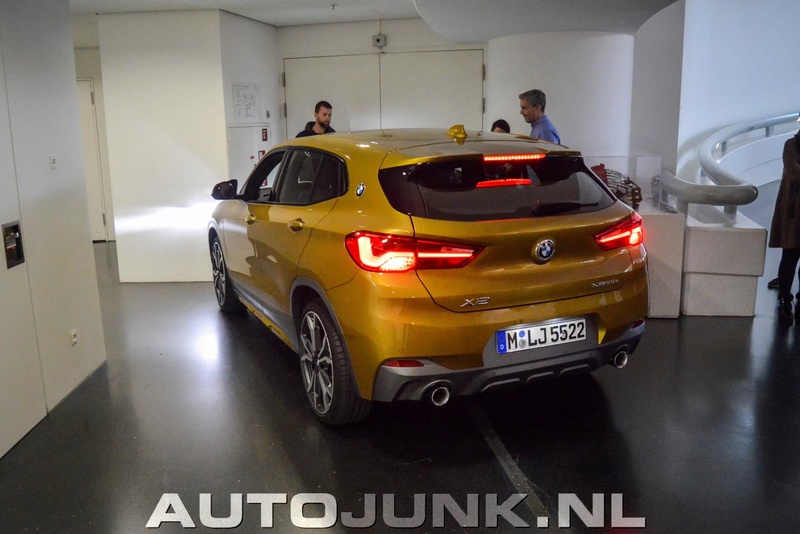 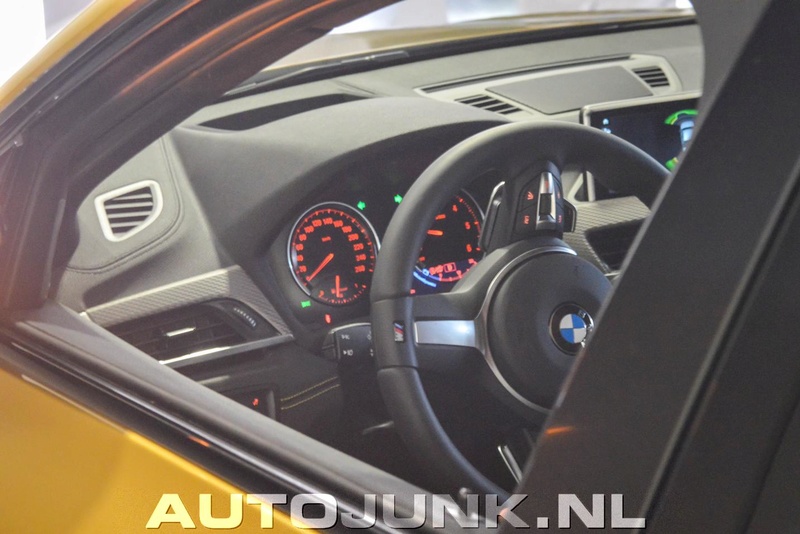 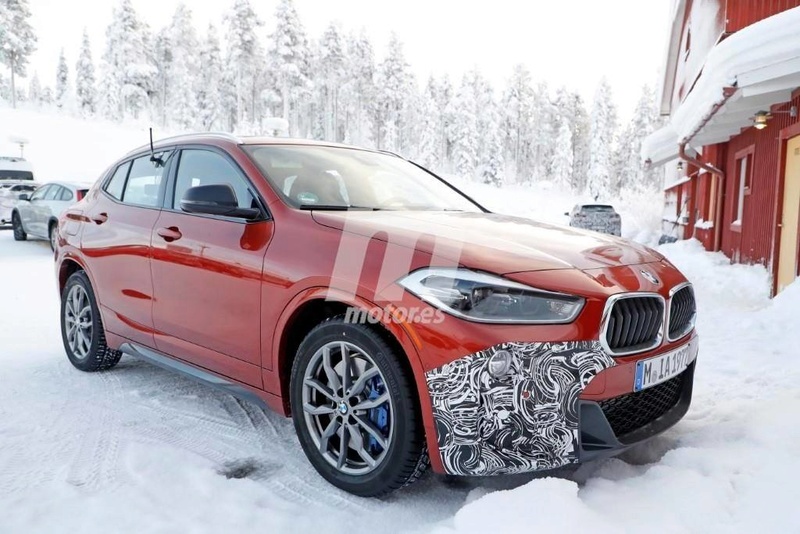 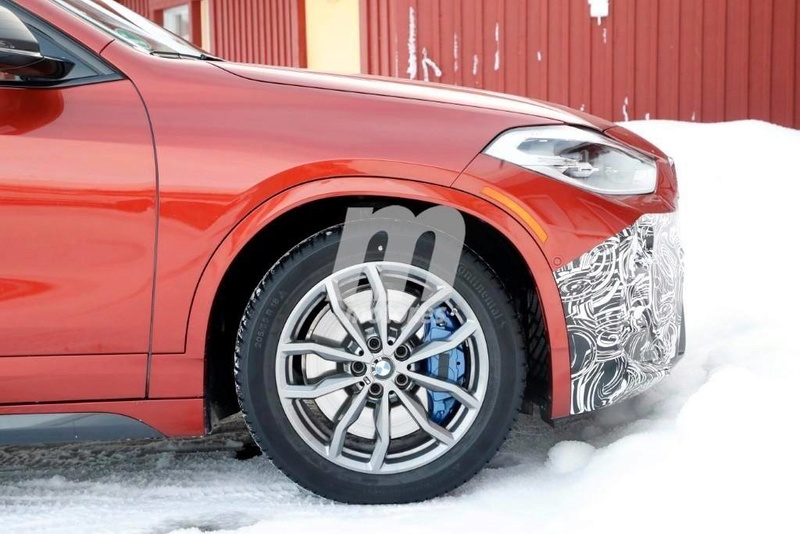 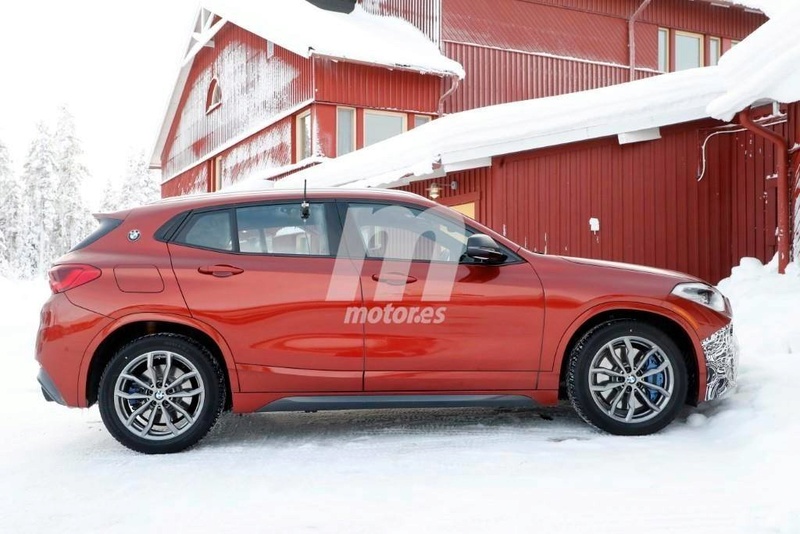 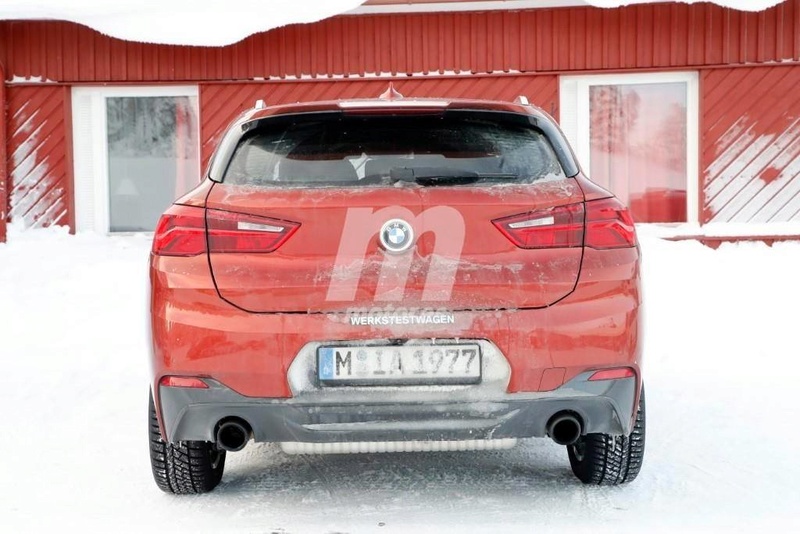 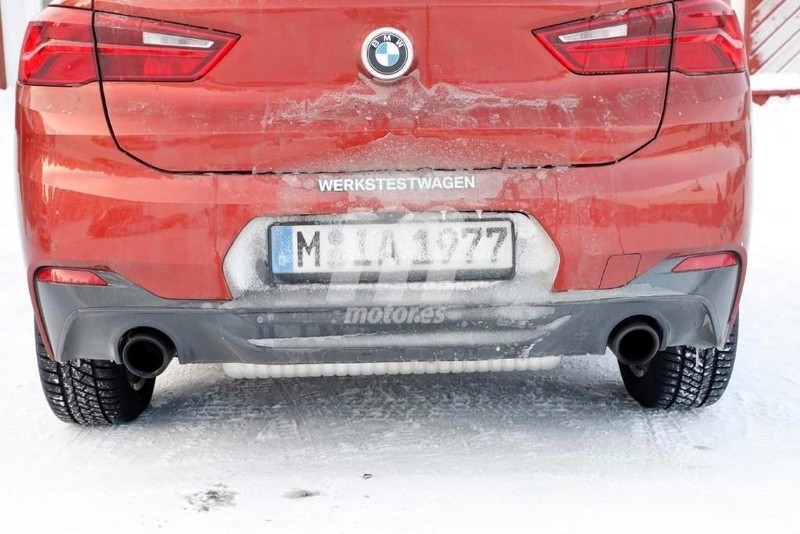 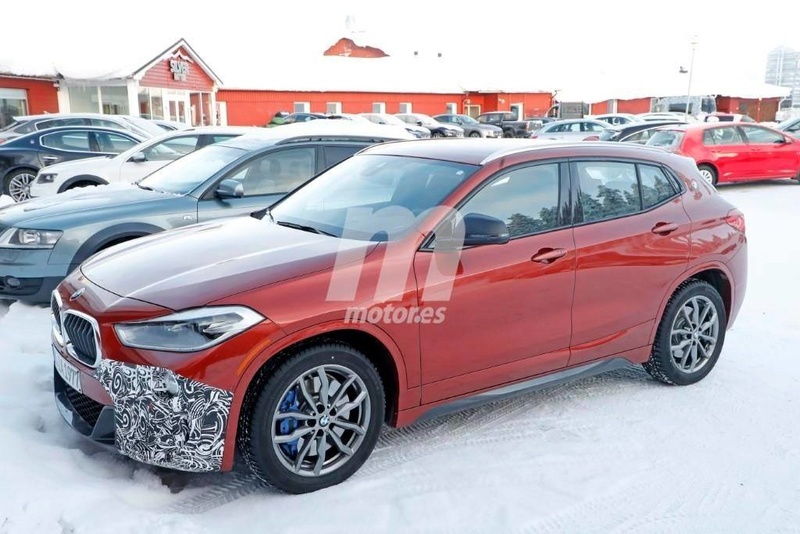 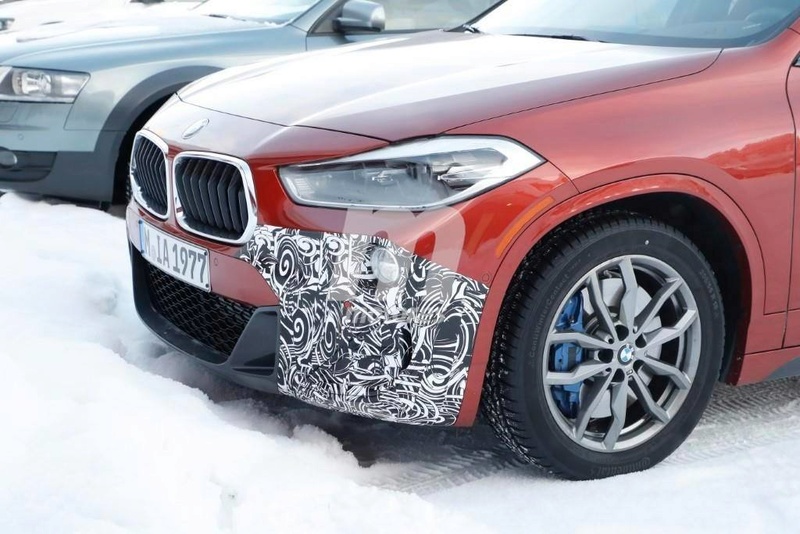 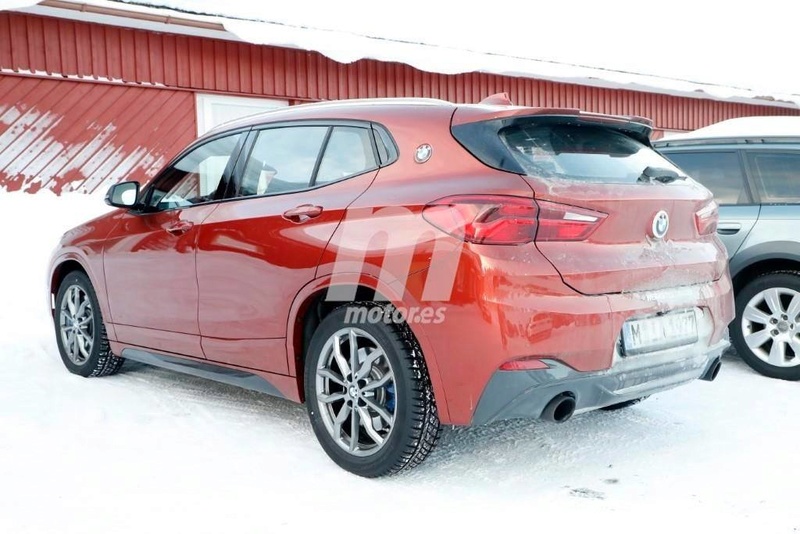 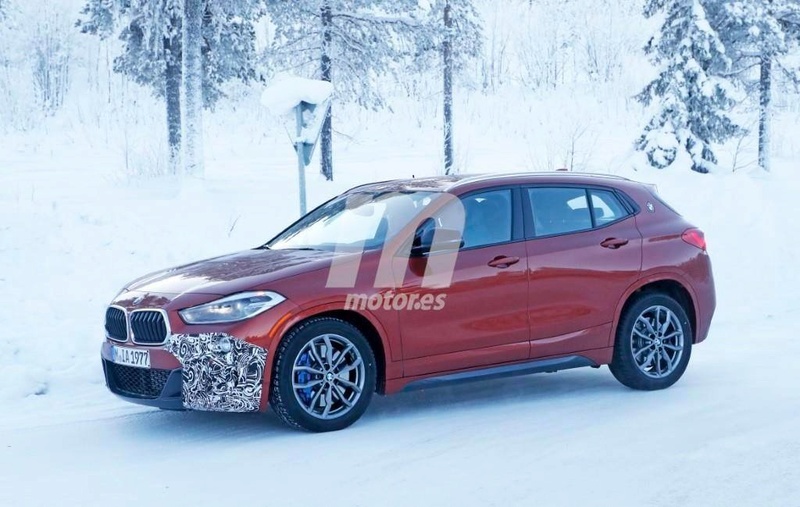 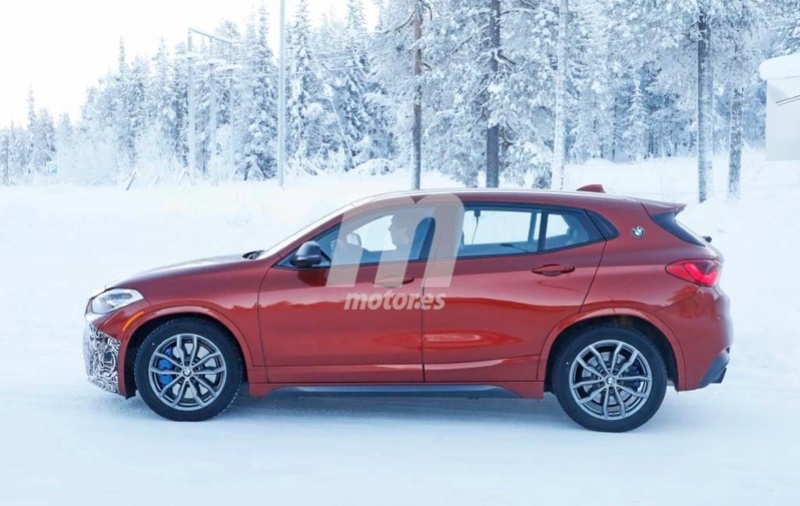 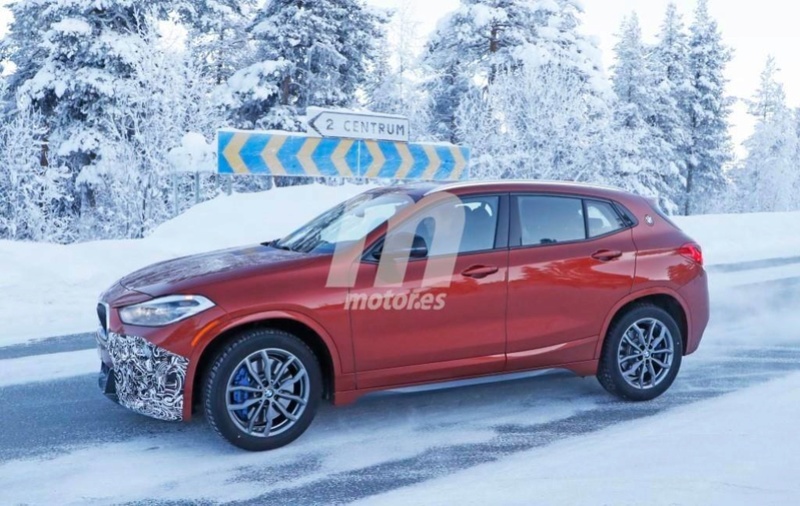 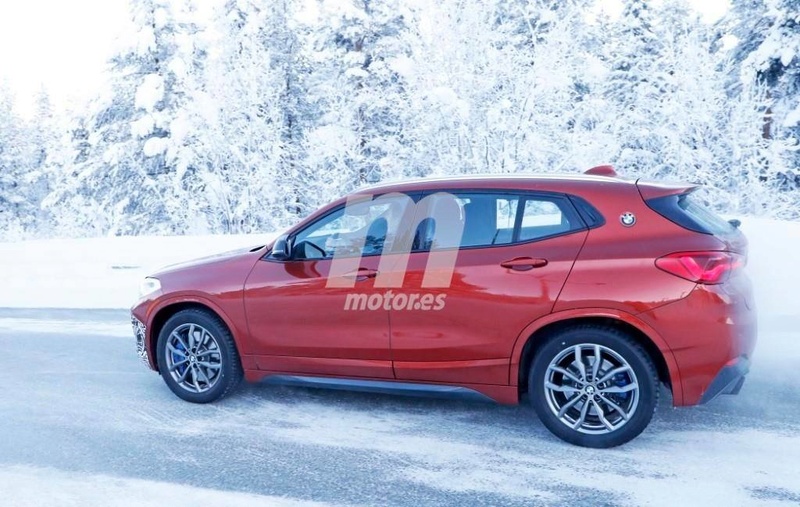 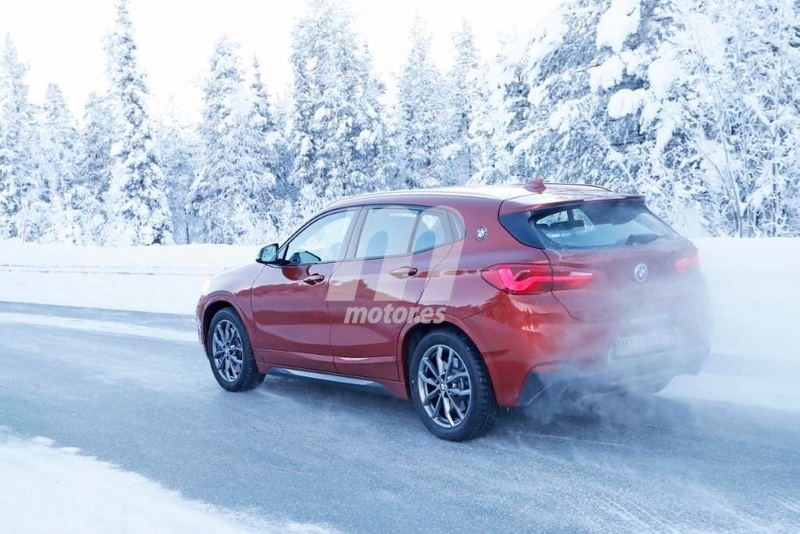 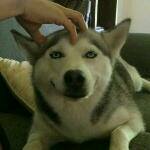 What is it?
If youre after evidence of real change at BMW as it works to regain sales momentum having lost the global premium-brand crown to Mercedes-Benz, look no further than the X2.

The new compact crossover ditches convention and receives bold new styling treatment unlike any other model in the BMW range, as well as a distinctly youth-orientated marketing campaign to support it in a move that, the German car maker hopes, will win potential new customers  and that all-important crown once again.

Not that BMW thinks its grab for sales with the more sporting sibling to the X1 in one of Europes fastest-growing market segments will be easy, mind you. The X2 enters a premium crossover class brimming with impressive contenders, including the Audi Q3, Jaguar E-Pace and Mercedes-Benz GLA. Success is far from assured, although our first drive of the new model suggests it should find favour with buyers seeking an alternative to your typical hot hatchback.

The new X2 has defining styling elements that include a fresh interpretation of BMWs signature kidney grille. It also receives a short bonnet that allows the base of the windscreen to sit well forward for added interior space, familiar taut surfacing along the flanks and squared-off wheel arches front and rear. Other features include a glasshouse that is shallow by the standards of other SUVs, a BMW roundel embedded within the C-pillar (recalling a detail from earlier BMW coupés) and a heavily angled tailgate.

At launch, BMW will offer the X2 with just two conventional combustion engines: a 2.0-litre four-cylinder petrol unit with 189bhp in the front-wheel-drive sDrive20i and a 2.0-litre four-cylinder diesel that delivers 187bhp in the xDrive20d and 228bhp in the xDrive25d. Other powerplants, including smaller three-cylinder petrol and diesel units, will be offered later this year, largely aligning the engine line-up with that of the X1.

Inside, theres a decent amount of room and an excellent driving position. Despite retaining the same ride height, the front seats of the X2 are mounted 20mm lower than in the X1, giving the new BMW a more sporting feel. Adjustment for the standard multi-function steering wheel and drivers seat is quite generous, although tall rear passengers will find the rather flat and high-set rear seat contributes to a shortage of head room.

Luggage capacity is 470 litres, giving the X2 one of the biggest boots in its class. Its 10 litres larger than the Q3s and 49 bigger than the GLAs but 10 smaller than the E-Paces. The loading space can be extended to 1355 litres when the standard 40/20/40-configured split folding rear seat is laid down and a broad aperture means access to the boot is excellent.

Cabin quality isnt a game changer by any stretch of the imagination, but the soft-touch plastic fascia and shiny plastic trim elements do manage to give the cabin a classy feel, even if it is devoid of digital instruments, even as an option.

The ergonomics are also first rate. Most of the major controls are within easy reach and the infotainment system can be controlled via a touch function within the display, a rotary wheel between the front seats and, as an option, speech recognition. With the X2s upward sweep to its rear shoulder line and prominent pillars, though, over-the-shoulder visibility is quite poor. This is exacerbated by the shallow rear window, which also hinders your view out of the back.

Our test car was an xDrive20d Active  the only model BMW brought to the launch in Portugal. Along with 187bhp, it also boasts a solid 295lb ft, making it a direct competitor to the Q3 2.0 TDI quattro, E-Pace 2.0d 4WD and GLA220 4Matic. There are three driving modes  Comfort, Sport and Eco-Pro  as well as fuel-saving functions that help provide it with a claimed 61.4mpg on the combined cycle, with a CO2 output of 121g/km.

It also receives a multi-plate-clutch four-wheel-drive system capable of apportioning up to 100% of the engines reserves to either the front or rear wheels depending on prevailing grip and traction. As on the X1 xDrive20d, theres also an electronic differential and BMWs so-called Performance Control system, which provides torque vectoring to alternate the amount of drive delivered to each individual rear wheel.

Making it more enjoyable are the deft qualities of the standard eight-speed automatic gearbox to which the four-cylinder unit is mated in the X2 xDrive20d. It is quick to choose the right ratio for any given situation and shifts with a wonderfully smooth action, allowing the abundant torque to shrug off the new BMWs 1600kg kerb weight and keep acceleration strong.

At the root of its on-road appeal is its steering. Although rather weighty and variable in the amount of assistance it offers, it is very direct around centre and, for an electric set-up, offers plenty of feel when lock is applied. This imbues it with precise and enthusiastic properties, whether tooling around town or running at speed. Theres also an imbibing smoothness to the Servotronic speed-sensitive system, standard in the X2 xDrive20d, which is largely devoid of any nasty kickback or road shock, even on badly pitted sections of bitumen.

Body control is also very good and feels more in line with a well-sorted hatch than a high-riding crossover. Theres moderate lean in corners but also a real progressiveness to any movement, which allows you to thread the X2 down winding roads with terrific confidence and, in the right conditions, a good deal of pace in search of the limits of adhesion.

An accurate feel to the brake pedal, crisp action of the gearbox on downshifts, sharp turn-in qualities and surplus of grip ensure the X2 is always accommodating on the entry to a corner. The inherent traction of the four-wheel drive system and Dynamic Performance control also provide this model with compelling drive and surefootedness on the exit.With the dynamic damper control system that comes as standard on the X2 xDrive20d, it also possesses impressive damping qualities. As with the X1, theres an underlying firmness to its suspension (MacPherson struts up front and multi-link rear). But there is also sufficient compliance and control on rebound to ensure the X2 remains nicely settled over smaller, high-frequency bumps. Bigger lumps can sometimes catch it out, although it is never harsh riding.


Should I buy one?
A major positive for the X2 is its overall calmness. Engine noise is well isolated from the cabin, rolling refinement is excellent, with little road roar or vibration through the chassis, and theres a distinct lack of wind buffeting at higher speeds compared with the high-riding competition. All this, and impressive straight-line stability at cruising speeds, makes it a decent long-distance proposition.

The continued diversification of the compact car segment is such that the idea of a crossover now holds as much appeal as a traditional hatchback, at least if the latest sales results are any indication. If the Q3, E-Pace and GLA dont appeal to you, the new X2 might just be the answer.

Its not perfect, but in top-of-the-line xDrive20d guise, the new BMW makes a very convincing case for itself, especially to those who cherish their driving. However, we suspect the sweet spot in the range in terms of overall value for money might come lower down the line-up.