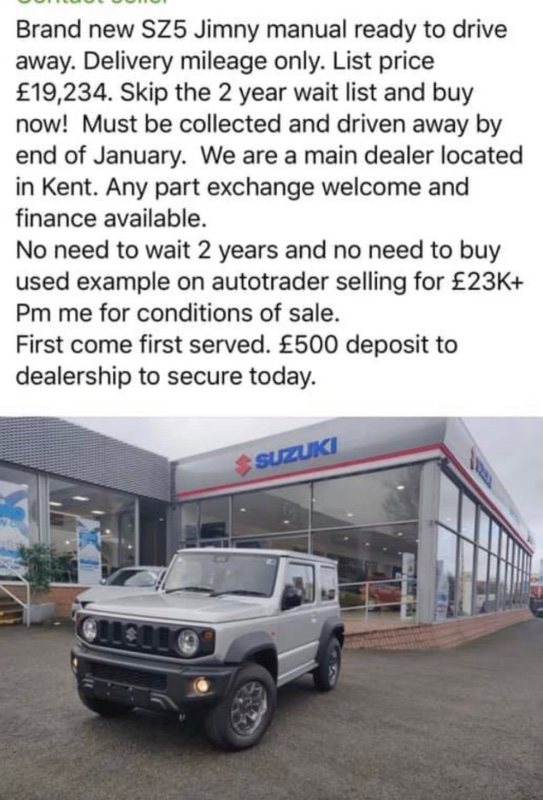 Suzuki Jimny Going Away In Europe, Returning As Commercial Vehicle

The small SUV emits too much CO2 for Europe's strict new emissions regulations.
When you think of vehicles that struggle to meet emission standards, the pint-sized Suzuki Jimny probably isn’t on your list. And yet, Autocar India reports that Suzuki will drop the Jimny from its European lineup because it won’t meet new emission regulations slated to take effect starting next year. Thanks to loopholes it won’t completely disappear, and a revamped model could return down the road.

Without going too deep on the European Union’s 2021 emission regulations, automakers must maintain a certain fleet-wide average for C02 emissions. Despite having a small 1.5-liter gasoline engine, the Jimny actually pumps out surprisingly high levels of C02. Combine this with it being an extremely popular vehicle – wait times for a new Jimny are reportedly upwards of a year in some areas – and Suzuki’s overall average takes a hit.

As such, the Jimny will bow out after this year in Europe but here’s the catch. The standard passenger version will be cut, but a commercial version with small interior changes and no rear seats will emerge in 2021. Commercial vehicles aren’t subject to the same emission standards, so yeah, you might say Suzuki is working the system to its fullest extent. Beyond that, the Autocar India report also says a full-blown passenger version is likely to return with a different engine, but exactly when that might happen is unknown.

Of course, we’re still not privy to the Jimny magic in the U.S. market. For that matter, the U.S. doesn’t see any Suzuki models. The automaker exited the scene in 2012, though the Jimny wasn’t part of its stateside lineup to begin with. As such, we sympathize with our friends across the pond who might have to face a Jimny-less future. At least, for a little while anyway.

Sent from my BBB100-2 using Tapatalk

Sent from my BBB100-2 using Tapatalk