Timeline:
1973
In April, the first wooden model is presented of the future Mercedes cross-country vehicle.

1974
The first ready-to-drive prototype is sent out for testing.

1975
A second feasibility study confirms the optimistic forecasts for the prospects of a Mercedes-Benz cross-country vehicle. Construction work begins on a new production building in Graz, Austria.

1980
An enclosed van-type model with short or long wheelbase is added to the model range.

1981
The first facelift: automatic transmission, air conditioning, longitudinal bench seats for the load area, an additional fuel tank, a tropical roof, protective headlamp grilles, a cable winch, a hardtop for the Cabriolet and a mechanical power take-off are all available as options for the 280 GE and 300 GD. Customers can choose from a total of 22 different paint colours, up from the previous five.

1982
The 230 G and 280 GE models come with mechanical fuel injection and are rebadged as the 230 GE and 280 GE. The output of the 230 GE is boosted to 92 kW/125 hp.
Recaro seats, auxiliary heating, wide tyres for the light-alloy wheels and wheel arch flaring can be ordered as options.

1983
The 230 GE is available as an option with a four-speed automatic transmission.
The second facelift sees four new metallic colour shades and a five-speed transmission added to the list of equipment.
Jacky Ickx and Claude Brasseur take a victory in the Paris-Dakar Rally at the wheel of a 280 GE.

1985
Differential locks, central locking and a rev counter are added to the list of standard equipment as part of the third facelift.
The Cabriolet is fitted with a folding soft-top in place of the simple tarpaulin.

1986
A closed-loop catalytic converter can be ordered as an option for the 230 GE.
In July, the 50,000th G-Class rolls off the assembly line.

1987
The fourth facelift brings with it power windows, an automatic aerial and a combined luggage cover and retaining net for the load area.
The chassis with cab and 3.12-metre wheelbase is added to the range.
The 250 GD developing 62 kW/84 hp is unveiled in September.
Planning begins for the 463 series to come.

1988
The driver'™s and front passenger'™s seats are fitted with armrests.

1989
The 230 GE Classic limited-edition model is presented to mark the10th birthday of the G-Class. A total of 300 units are built.
The new 463 series with permanent four-wheel drive, manually selectable ABS and exquisite wood interior is presented in September at the International Motor Show in Frankfurt.

1992
G-Class production begins in Greece, with the CKD (Completely Knocked Down) vehicles delivered in separate parts to the assembly site.
Market launch of the 461 series for professional use.
The 2.5-litre diesel engine gives way to a 2.9-litre naturally aspirated diesel unit.
In May, the new 350 GD TURBODIESEL is unveiled.
First facelift for the 463 series: cruise control, a stainless-steel spare wheel cover, side-mounted running boards, a cover for luggage and burr walnut trim elements are available as an option.

1993
A chassis with cab and 3.40-metre wheelbase is added to the 461-series range.
The eight-cylinder 500 GE special-edition model is unveiled, offering luxurious equipment and trim levels and limited to 500 units. Its V8 engine develops 177 kW/241 hp.
As part of the new nomenclature, the models are now badged as the G 230 and G 350 TURBODIESEL.

1994
The second facelift of the 463 series sees the introduction of internally ventilated front disc brakes and a driver's airbag.
The 155-kW/210-hp G 320 model replaces the outgoing G 300.

1995
All G-Class models are fitted with remote-controlled central locking and an immobiliser.

1996
The G-Class Cabriolet with an electropneumatic soft-top is presented alongside the G 300 TURBODIESEL.
The range of standard equipment is upgraded as part of a facelift to include a headlamp cleaning system, cruise control and a front-passenger airbag.

1997
The G 320™s V6 engine replaces the six-cylinder in-line power unit in the 463 series.
The electronically controlled five-speed automatic transmission is fitted as standard in the G 320.
The 290 GD TURBODIESEL with 88 kW/120 hp replaces the 290 GD with naturally aspirated diesel engine.

1999
In March, the exclusive G 500 Classic special-edition model is presented. The unit figure is capped at 400 vehicles.
The multifunction steering wheel is added to the list of standard equipment for the G-Class.
The G 55 AMG takes to the stage. Its V8 engine delivers 260 kW/354 hp.
The Mercedes-Benz G 500 Guard is unveiled in three different special protection variants.

2000
The new 2001 models are unveiled at the Paris Motor Show with a new interior offering further enhanced levels of comfort.
A new V8 diesel engine (184 kW/250 hp) is fitted in the G 400 CDI.
The V8 models are fitted with new light-alloy wheels, a chromed radiator grille and bumpers in the body colour.

2003
Turn signal repeaters are integrated into the G-Class's exterior mirrors.

2004
World premiere of the new G 55 AMG with a supercharged V8 engine developing 350 kW/476 hp at the Geneva Motor Show.
The G-Class celebrates its 25th birthday. 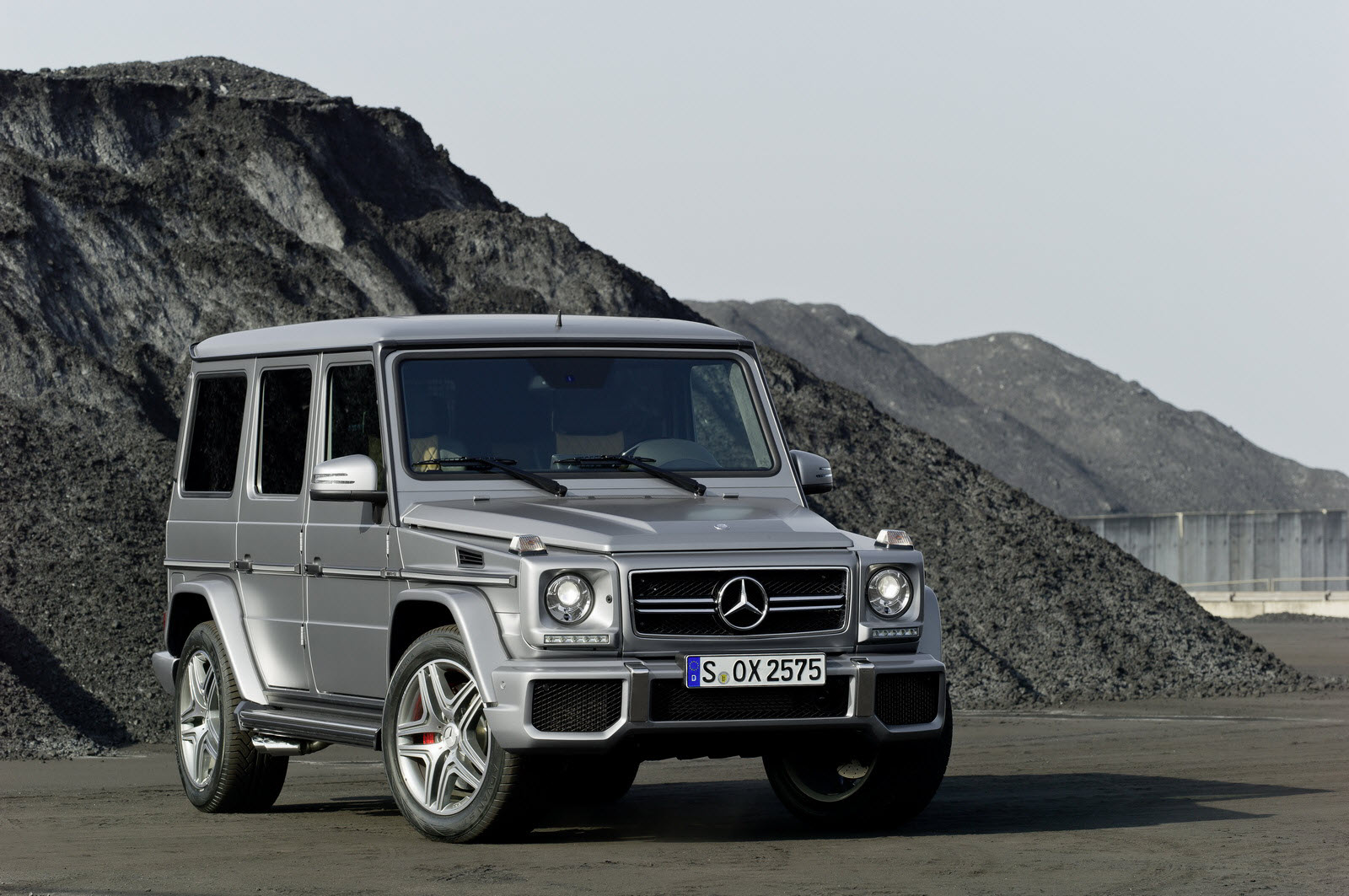 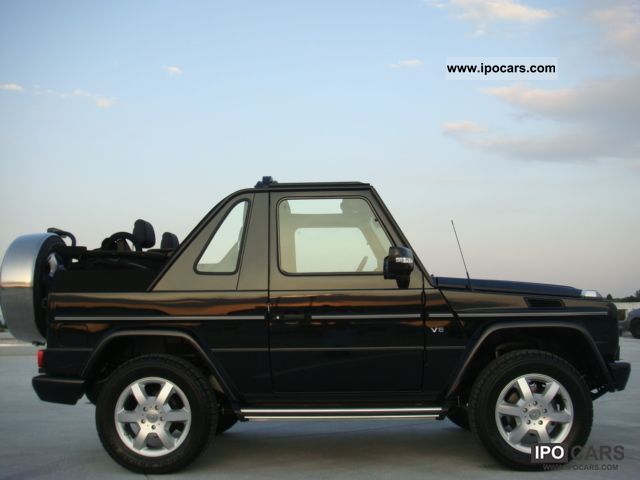