Tesla sold 69,925 units of its electric vehicles in the period July - September 2018. It has outsold Mercedes-Benz, which sold 66,542 units in the same period.

The company has, for the first time, beaten the sales of the German company in the USA. The electric carmaker has also started production of the dual motor Model 3 of which, 5,300 units were made in the last week of Q3 2018.


Tesla doesn’t break down sales per market, but we know that the vast majority of its Model 3 sales are going to the US for now and we can get a pretty close estimate.

Atherton Research estimates that Tesla sold 69,925 Model 3, S and X vehicles in the US last quarter out of the 83,000 vehicles it delivered worldwide.

In comparison, Mercedes-Benz sold 66,542 passenger vehicles, excluding commercial vans (Freightliner, Metris, and Sprinter), in the US during the same period. 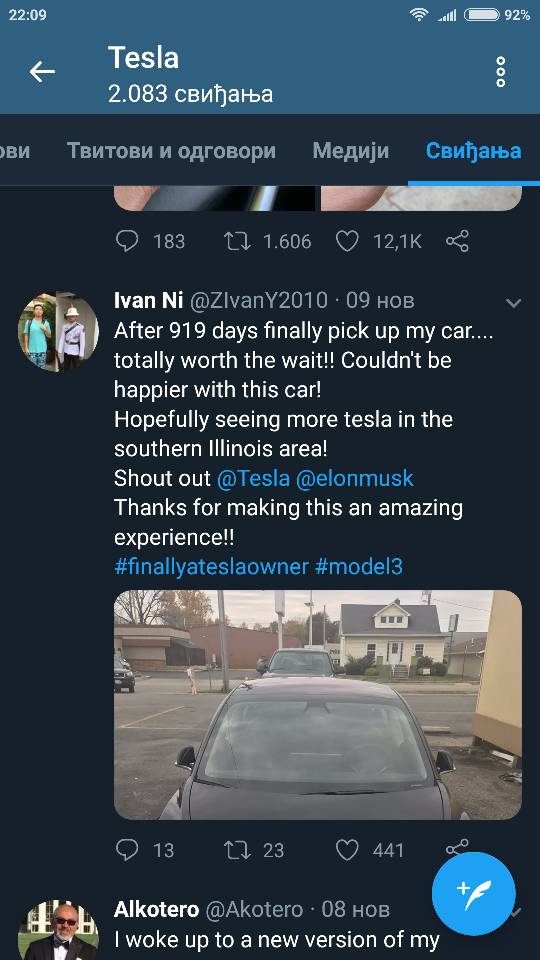 Za nekl limitirani Pagani ili Project One bih čekao dve I po godine. Za Teslu nikad.
''...and into the forest I go to lose my mind and find my soul''
Vrh