Lamborghini is close to revealing a dramatically styled and luxuriously equipped SUV concept that previews its long-touted third model line, a senior source at parent company Audi has confirmed.
The SUV concept is set to get its first public airing at the Beijing motor show in late April. The production version will go on to join the successor to today’s Gallardo and the recently introduced Aventador in what will be at least a three-strong Lamborghini line-up in 2016.
“I can’t comment in detail, but the speculation in the press is largely correct,” the source said about reports outlining Lamborghini’s plans to gauge public response to an LM002 successor with an SUV concept.
Conceived as an upmarket rival for the likes of the Maserati Kubang and soon-to-be-confirmed Bentley SUV, the new Lamborghini is set to sell in small numbers — likely to be fewer than 1500 units a year — priced at upwards of £120,000. Prime markets for the performance-orientated four-wheel drive will be the US, the Middle East and China.
Nothing is official, but it is suggested that the 5000mm-long four-seater will have a retuned version of the Gallardo’s 5.2-litre V10 petrol engine. A hybrid version is also envisaged. It is said to combine the standard V10 with an electric motor and a lithium ion battery pack.
Known by the internal codename LB736, the SUV is expected to share its underpinnings with the next-generation Audi Q7, which is also set to provide the basis for the new Bentley off-roader. This so-called MLB structure is already undergoing intensive development at Audi and will be subjected to a dramatic weight reduction programme. As a result, Lamborghini’s new SUV will come in at under 2000kg.
An unprecedented fourth model is still under consideration — a low-slung four-door saloon, previewed by the well received Estoque concept first seen at the 2008 Paris show. Our source said it “shouldn’t be ruled out as a further addition to the line-up, should studies reveal there is a market for such a car”.

Italian supercar maker Lamborghini has confirmed it will re-enter the 4x4 market with an all-new, three-door SUV, due to be unveiled at the Beijing Motor Show in April. The model is the spiritual successor to the LM002 of the eighties, and will be called the MLC.

The Lamborghini SUV is the firm's second attempt at a third model line, and it had been desperate to keep details of the SUV under wraps. But leaks from parent company Audi have forced it to admit to the concept car's existence. Yet Lamborghini insiders also admit that the SUV project has gone beyond being a simple concept car, and is almost certainly bound for production in 2015.

The SUV will be based on a platform that will also be used on the Audi Q7, Porsche Cayenne, VW Touareg and new Bentley SUV. However, Lamborghini has been given free reign to modify the platform to bring the car's kerbweight down.

To that end, engineers who worked on the carbon-fibre construction of the Aventador have been developing carbon fibre versions of key cabin structures, such as the dash bracing and the full-length transmission tunnel. As a result, Lamborghini has already pulled 400kg out of the car's total mass already, and it's keen to keep the final figure below 2,000kg.

Unlike the Aventador and Gallardo, the new SUV will be front engined. Power is likely to come from a 584bhp version of the 5.2-litre V10 from the Gallardo, which will produce more torque from low revs.

Not only will this be Lambo's first SUV, but it's also likely to be offered as the firm's first hybrid model. The layout will be able to accommodate an electric motor and lthium-ion battery pack, which will boost power over 600bhp.

People who have seen sketches of the SUV concept suggest that its nose looks a lot like a high-rise version of the Estoque, the luxury saloon Lamborghini, which was shown at the 2008 Paris Motor Show. The three-door layout further enhances the aggressive look, and the car will have flared rear wheelarches.

Lamborghini will introduce the SUV concept to the developing Chinese market first, and the expectation is that it will join the Aventador and next-generation Gallardo in 2015 or 2016. Lambo is predicting global sales in the region of 1,500 cars a year, most of which will be in the US and China.

With a price tag of around USD200,000, it will clearly sit above current fast SUVs such as the Porsche Cayenne Turbo, BMW X6M and upcoming Maserati Kubang.

While the SUV is a near certainty, there's still hope for a production version of the Estoque saloon. Sources insist the four-door is still in the product planning mix, and could be fast-tracked into production by using a lower-riding version of the MLC's platform, in much the same way as Porsche has done with the Cayenne and Panamera models. 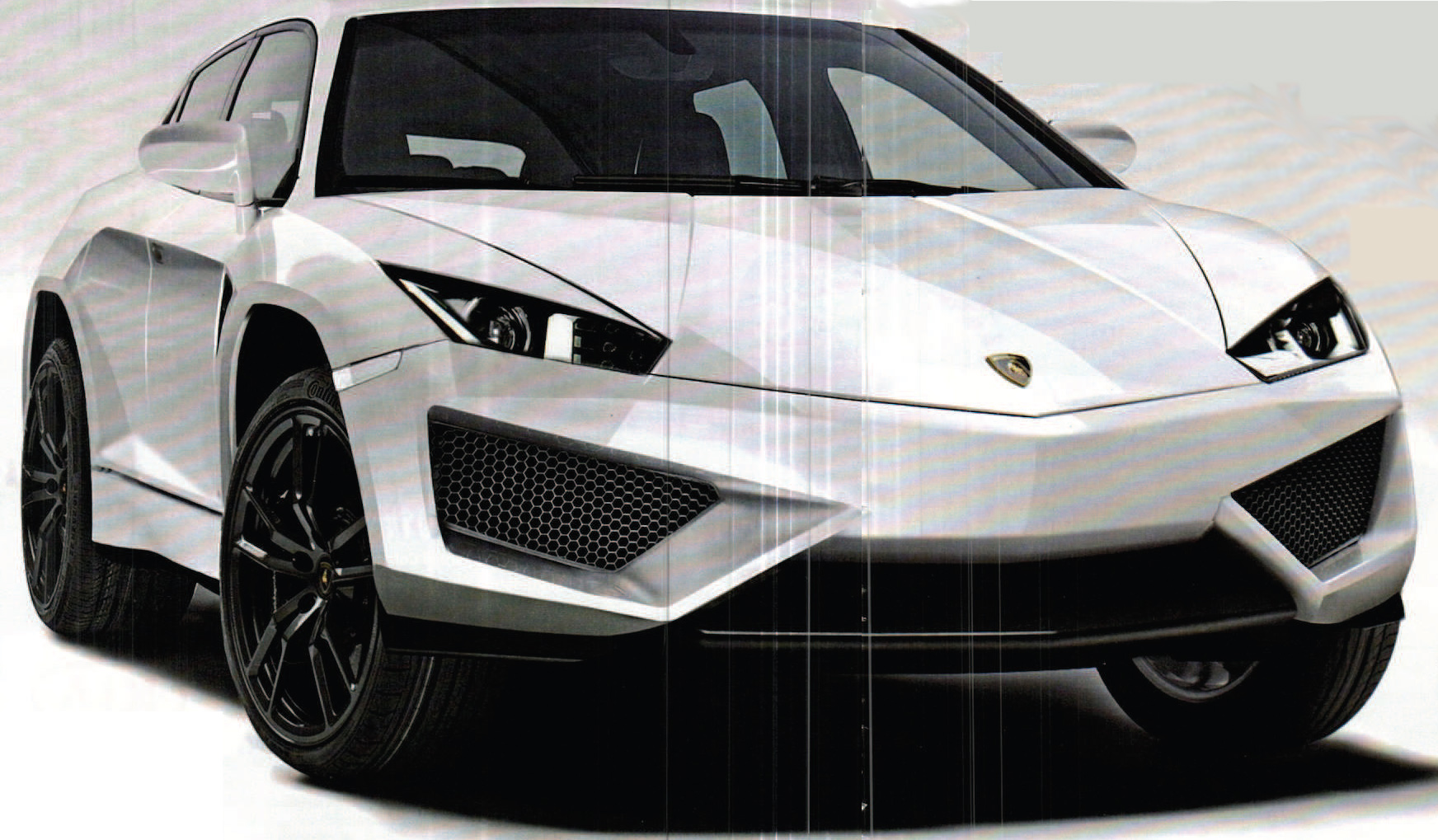 Everything happens for a reason. Sometimes the reason is that you're stupid and make bad decisions!
Vrh
Odgovori
338 postova